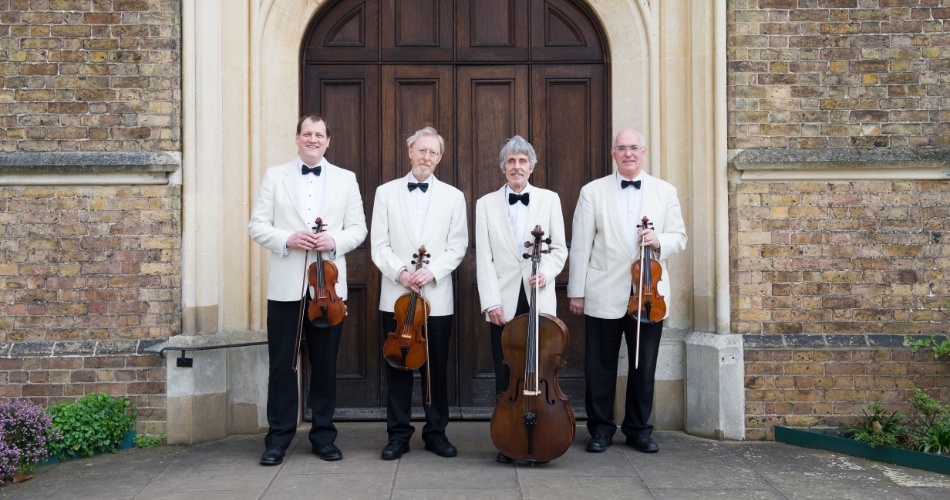 ​They have also performed in various West End Shows, including Evita, Phantom of the Opera, Miss Saigon and Sunset Boulevard, and with singers such as Elton John, Cliff Richard and Diana Ross, Luciano Pavarotti and Jose Carreras.

​The Quartet have blended their classical training with a passion for popular melodies of all ages, and the result is as delightful as it is distinctive. It is little wonder, therefore, that the quartet have established themselves as firm favourites amongst a prestigious and loyal group of clients.

We have played for hundreds of weddings and can offer packages for the Wedding ceremony, Wedding ceremony and reception. We play a wide range of music, from the Classics such as Pachelbel Canon, West End show music such as Phantom of the Opera, Film music like Star Wars and popular music such as ”Married” by Bruno Mars. If you have any particular favourite pieces, we can arrange one or two for the ceremony.

*We cover the Home Counties.*