Wedding traditions throughout the years

Posted by Melissa Barker on 6 April 2020

As the wedding industry is worth a whopping £10 billion, one thing is for sure – there's no shortage of people getting married! Armathwaite Hall look through the last century at how weddings and their traditions have evolved and what has remained the same.

1920-1940
A lot changed socially in this strange period between the two World Wars. Women felt a new sense of freedom after the suffrage movement and the first wave of feminism. But the effects of the first war and the impending feeling of the next one changed women’s role in society drastically.

The food: Wealthy families would have been able to afford a fancy dinner in a hotel to mark the occasion. But for every day couples, a formal dinner after their wedding was not really an option, especially in times of rationing.

The fashion: Though times were tough, women still managed to find a way to look good on their wedding day. A lot of women would buy a white dress in a less formal style, which they could then dye another colour to be able to wear casually, so they got their money’s worth! For the men, these years during war popularised the wearing of a wedding band. This was so they could be identified as married men when they were sent abroad!

The fun: The financial restrictions of a country living through a war made weddings in these times particularly frugal affairs. Often, there was no reception which we have become so accustomed to these days. A quick ceremony in a church before heading home, or an elopement, was not an uncommon occurrence.

1950-1970
After the uncertainty of the war, the '50s saw the return of a more traditional, formal wedding. Fashion and fads moved rapidly in the '60s and '70s, with global phenomena such as The Beatles, the Free Love movement and the second wave of feminism having huge impacts on society.

The food: Bitesize foods were all the rage at this time – anything on a cocktail stick was popular! A lot of weddings would have a buffet as opposed to a seated meal and you could expect to see prawn cocktail, pork pies and cheese with pineapple on sticks.

The fashion: While women in the '50s wore very classic and traditional dresses, the '60s and '70s were a time where wedding fashion caught up to every day fashion. Women got married in trouser suits and mini-skirts as well as the classic wedding gown. You could expect to see flower crowns instead of tiaras and veils.

The fun: From the '70s, a lot more weddings took place outside. This is something we’re quite used to today, but back then unless it was on private ground, an outdoor wedding was a new fad. As the '70s were the decade of disco music, dancing to popular music became the thing at wedding receptions and guests would dance the night away!

1980-2000
After the wedding of the century in 1981 of Charles and Diana, the '80s were the time when everything at a wedding got bigger. The cake, the number of guests and especially the dresses! Although the fashions changed in the decades after, the idea of a wedding being a large affair definitely remained.

The food: The classic tiered wedding cake became even bigger in the 1980s – the more tiers the better! In the '90s and '00s, a seated meal became the norm, with a usual option of chicken or fish, in a Sunday roast style. As reception parties began to start lasting well into the early hours, it became common for a late night snack to be served as well as a wedding breakfast.

The fashion: The fashion in this period varied drastically! The big, puffed sleeves and skirts of the '80s gave way to slim and strappy gowns in the '90s and '00s. Where embellishments of bows and buttons made up a typical 1980s dress, plain and simple was the name of the game in the following two decades.

The fun: A wedding in these decades usually consisted of a good old-fashion knees up! Drinking and dancing are the norm and traditions such as throwing the bouquet or taking off the bride’s garter have remained strong throughout this time.

2010-present
Today’s weddings are a varied mix of styles, locations and activities. Many people still have the large, traditional church wedding and reception but some choose more intimate affairs with fewer guests. As the cost of weddings rises, many people are adopting a DIY stance to their wedding – choosing simple venues which they can decorate themselves. The legalisation of gay marriage in 2013 has made the wedding industry even bigger, as same sex couples can now celebrate their love as well.

The food: Although a seated meal is still common, the popularity of street food and food trucks in the UK in the last 10 years has definitely impacted the wedding industry. Weddings now often have burgers, pizza or fish and chips served from food vans hired especially for the wedding.

The fashion: The traditional wedding gown still goes strong, but many people wear what they like. Vintage dresses are making a come back and as our society becomes more eco-friendly, many people choose this option to minimise their impact on the environment.

The fun: Weddings these days normally have a DJ instead of a band but some couples choose both! Little activities for guests during the lull hours are more popular now too, such as photo booths, casino tables and lawn games.

What’s stayed the same?
So, what remains the same throughout these changing fashions? The main thing which prevails is personalisation. Weddings are a personal celebration of a couples’ love, so they have always wanted to put their own stamp on it. Whether that’s in the fashion, the venue or the entertainment, letting their personalities show in the details has remained. 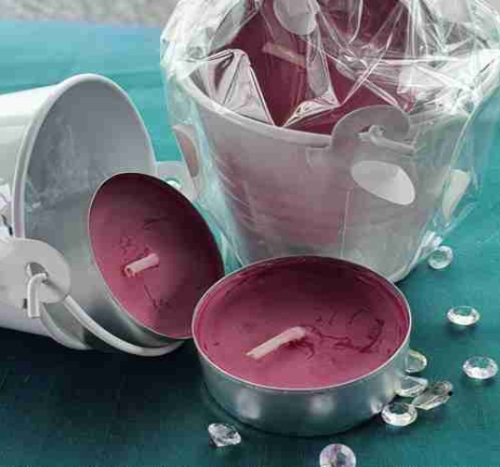